(b. Hebron, N.Y., 10 Nov. 1792; d. Cooperstown, N.Y., 13 Dec. 1873; interred Lakewood Cemetery, Cooperstown), associate justice, 1845–1872. Nelson was raised on the farm of his immigrant Scotch-Irish parents and educated at a common school, private academies, and Middlebury College in Vermont. After the required legal apprenticeship in upstate New York, he was admitted to the bar (1817) and developed a successful practice that emphasized litigation and real estate and commercial law. Nelson was married twice, first to Pamela Woods in 1819 and then, after Pamela’s death, to Catharine Ann Russell in 1825. 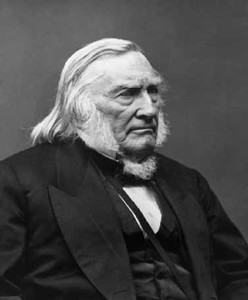 He was elected the youngest delegate to the New York State Constitutional Convention (p. 677) (1821) and actively supported efforts to liberalize the state government, particularly by extending the franchise and restructuring the judiciary. He was appointed a New York circuit court judge in 1823, associate justice of the New York Supreme Court in 1831, and chief justice of the state supreme court in 1836. In 1845, President John *Tyler, after failing several times to fill a vacancy on the U.S. Supreme Court, nominated Nelson, a Jacksonian Democrat, who was quickly confirmed by the Senate.

Nelson was an expert in admiralty and patent law. His significant admiralty opinions included New Jersey Steam Navigation Co. v. Merchants’ Bank (1848) and Hough v. Western Transportation Co. (1866), dealing with admiralty jurisdiction of the federal courts. In *patent law, his opinion in Hotchkiss v. Greenwood (1850) was a leading application of the doctrine of nonobviousness of subject matter, still one of the three conditions for patentability.

Nelson gave deference to the legislative branch. In *Pennsylvania v. Wheeling and Belmont Bridge Co. (1856), he upheld a congressional act that legalized a bridge the Court itself had declared illegal under prior law. He emphasized states’ rights against delegated powers of the federal government. In Williamson v. Berry (1850), his dissent argued that state law should govern matters relating to real property, thus anticipating by many years the Court’s decision in *Erie Railroad v. Tompkins (1938).

*Slavery and the *Civil War heightened the significance of his work. His concurring opinion in *Scott v. Sandford (1857) would have affirmed the judgment of the lower court, deferring to state law on Dred Scott’s citizenship and thus avoiding the inflammatory issue of the constitutionality of the Missouri Compromise, which mired the Court in the slavery debate. In the *Prize Cases (1863), his minority opinion contended that an armed conflict did not become a war until it was declared by the Congress, not the president. Nelson’s philosophy of *judicial self-restraint also informed his opinion for the Court in Georgia v. Stanton (1868), which dismissed efforts of two Southern states to attack *Reconstruction. Nelson held that the case presented a *political question and hence was not justiciable.

In 1871 President Ulysses S. Grant named Nelson as one of the U.S. representatives to the Alabama Claims Commission, which satisfactorily resolved serious differences with Great Britain arising out of its actions supporting the South’s prosecution of the Civil War. Thereafter, because of age and declining health, he resigned his seat on the Court.