(b. Minerva, Ky., 31 Dec. 1884; d. Huntington, N.Y., 2 April 1980, interred Maysville Cemetery, Maysville, Ky.), associate justice, 1938–1957. As the seventy-seventh justice, Reed served during a period of major change brought by the rise of the *administrative state, the civil rights movement, and controversies over international communism. He was an economic liberal who was generally conservative on civil rights and liberties.

Born in a small town in Mason County, Kentucky, Reed was the only child of John A. Reed and Frances Forman Reed. After attending local private schools, he went to Kentucky Wesleyan College. Following graduation, he then earned a second bachelor’s degree at Yale University.

Reed did not graduate from law school. However, he attended the University of Virginia Law School for a year and spent another at Columbia University. In 1908, Reed married Winifred Elgin. They combined their honeymoon with another year of studying law in Paris, at the Sorbonne. On returning from Europe, Reed settled in Mason County, was admitted to the bar in 1910, and began practicing law.

Reed’s legal and political careers were intertwined. After nine years as a solo practitioner, he became a partner in Worthinton, Browning and Reed. Also active in local Democratic politics, Reed served two terms in the state General Assembly before serving in the army until the end of World War I. 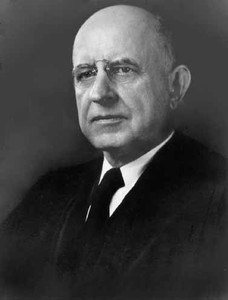 Reed’s rise in national politics began in 1929, when Republican president Herbert Hoover appointed him counsel to the Federal Farm Board. Although a Democrat, he was later promoted to general counsel for the Reconstruction Finance Corporation, where he remained after Democratic president Franklin D. *Roosevelt came into office. In 1935, as a special assistant to the attorney general, he successfully defended before the Supreme Court the administration’s elimination of the gold standard. Immediately after the Court’s ruling in the *Gold Clause Cases (1935), Reed was named *solicitor general.

In that position, Reed had mixed success defending New Deal programs. He persuaded the Court to uphold the Tennessee Valley Authority Act in *Ashwander v. TVA (1936), but he suffered major defeats when the justices struck down the National Industrial Recovery Act in *Schechter Poultry Corporation v. United States (1935) and the Agricultural Adjustment Act in United States v. *Butler (1936). Angered by those decisions, in 1937 Roosevelt proposed his ill-fated *court-packing plan. Although the plan failed, Roosevelt eventually rewarded Reed with an appointment to the Court.

On the bench, Reed wrote 228 opinions for the Court, 21 concurring opinions, and 79 dissenting opinions; he also concurred without an opinion 34 other times and dissented without an opinion from (p. 830) another 125 rulings. As an economic liberal, Reed supported Congress’s broad powers under the Commerce Clause. Although joining the landmark school desegregation decision in *Brown v. Board of Education (1954) and writing the opinion in *Smith v. Allwright (1944) striking down “white primaries,” Reed was generally conservative when reviewing claims of civil rights and liberties. In one of his most notable opinions, *Adamson v. California (1947), he opposed the application of the *Fifth Amendment’s guarantee against *self-incrimination to the states. As a legal technician inclined toward *judicial self-restraint, Reed was a moderating influence on the Court.