(b. LaFourche Parish, La., 3 Nov. 1845; d. 19 May 1921, Washington, D.C.; interred Oak Hill Cemetery, Washington, D.C.), associate justice, 1894–1910, chief justice, 1910–1921. Edward Douglass White was the scion of a wealthy Louisiana sugar-planting family. His father was a prosperous farmer, New Orleans judge, governor, and five-term member of the U.S. House of Representatives. The younger White was educated in Jesuit schools, Mount St. Mary’s College, and Georgetown University. During the Civil War, he was captured by Union forces and held as a prisoner. After the war he read law with Edward Bermudez in New Orleans and became a political lieutenant of Governor Francis T. Nicholls, leader of the “Redeemer” cause in Louisiana. White was rewarded in 1878 with an appointment to the state supreme court. However, following Nicholls’ electoral defeat in 1880, White was removed from a position that had appeared to be permanent. In political exile, White retired to a lucrative law practice in New Orleans. In 1888, Governor Nicholls returned to office and shortly thereafter appointed White to fill a vacancy as the junior senator from Louisiana.

During his three-year term in the Senate, the corpulent, thick-maned White presented almost a caricature of the nineteenth-century southern senator. His position on virtually every public policy issue appears to have been guided by a basic premise: What is good for Louisiana sugar is good for America. Indeed, even following his appointment to the Supreme Court in 1894, White refused for several weeks to accept his robe, in order to lead the fight for the protection of domestic sugar in the Wilson-Gorman Tariff Act. The same year he married Virginia Montgomery Kent.

Once on the bench, White found no impropriety in sitting on the cases that challenged the income tax provisions of the Wilson-Gorman Act. Not surprisingly, the justice who as senator had voted for the tariff act also supported the constitutionality of its income tax provision in *Pollock v. Farmers’ Loan and Trust Co. (1895). White, however, was in the minority. A 5-to-4 majority declared federal income taxation to be unconstitutional. Similarly, in *DeLima v. Bidwell (1901), the first of the so-called *Insular Cases, Justice White joined a four-man minority opposed to the idea that, given the acquisition of Puerto Rico after the Spanish-American War, sugar imported from that island was no longer subject to American tariff duties. The dissent in DeLima, however, marked the first expression of the doctrine of *incorporation that White himself would later champion in a concurrence in Downes v. Bidwell (1901). This doctrine answered the question, Does the Constitution follow the flag? with a resounding, Sometimes. The doctrine postulated that the extent to which constitutional guarantees were extended to the inhabitants of American territories depended upon the extent to which the territory had been “incorporated” into the American political community. The greater the incorporation, the greater the degree of constitutional protection for the territory’s citizens. How such incorporation was accomplished, however, was vague and ambiguous, allowing for judicial subjectivism. 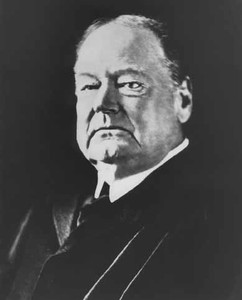 (p. 1087) Judicial subjectivity was the one consistent theme during White’s tenure. During those twenty-seven years, the principal constitutional issue involved governmental power to regulate the economy. The Court’s response, whether in the interpretation of the *Due Process Clauses, the Commerce Clause, or the taxing power, was erratic (see commerce power). For example, in *McCray v. United States (1904), the Court, speaking through Justice White, recognized a federal *police power under the power to tax. Congress’s motive in enacting the tax was not, White declared, a fit subject for judicial inquiry. Yet, fifteen years later, White himself repudiated this position in United States v. Doremus (1919).

Justice White’s single greatest legal contribution, however, lay in the area of statutory, not constitutional construction. He introduced the *rule of reason into the interpretation of the *Sherman Antitrust Act. Despite the fact that the Sherman Act outlawed all combinations in restraint of trade, White from the time of his appointment to the Court objected to a literal reading of the statute. Only “unreasonable” restraints, he contended, were prohibited. This idea, initially rejected by the Court, gained adherents the longer White remained on the bench until in *Standard Oil v. United States (1911), perhaps White’s most famous opinion for the Court, it garnered a majority. From that day onward, the Sherman Act, whatever its words may say, has been read to permit “reasonable” monopolies. Of course, what is “reasonable” is for the Court to say; and, once again, the theme of unbridled judicial power appears in White’s handiwork. White was the first associate justice elevated to the position of *chief justice.